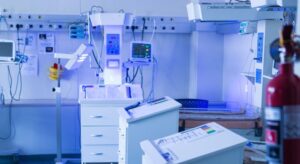 Hospital-Acquired Infections, and Antimicrobial Resistance; where is the link?

I’m certain, to an extent, that some of the things with which you would associate a hospital or medical facility are the endless odors of disinfectants, the steady entrances, and exits of doctors and nurses, and the sudden inbursts of ambulances loaded with emergency patients and paramedics. However, we cannot overemphasize the occasionally lethal, but somewhat hidden, risk of hospital-acquired infections. Hospital-acquired infections, otherwise known as nosocomial infections, are infections that occur after admittance to the hospital. Nosocomial is coined from two Greek words – “nosus” meaning “disease” and “komeion” meaning “to take care of,” describing how a patient contracts a disease while under medical care. Antimicrobial resistance is the ability of microbes to resist the effect of an antimicrobial. That is to say that the microbe is not killed or their growth inhibited as should be.

In recent years, the rise of antimicrobial resistance (AMR) among hospital-acquired infections has been quite alarming. Antimicrobial resistance is the ability of microbes to resist the effect of an antimicrobial, meaning that the microbe is not killed or the infection’s spread inhibited as intended. About 1 in 10 people admitted to a hospital are at risk of contracting a Hospital-Acquired Infection (HAI). The hospital populations most liable to become ill with an HAI are the very young and elderly, those with reduced immune responses, patients undergoing invasive procedures (even including a urinary catheter), patients under ICU stay, those with open wounds, and severely ill patients requiring a prolonged stay in the hospital. In so many cases, these infections become life-threatening and, in the long run, lead to a prolonged stay in the hospital. The most prevalent types of HAIs are urinary tract infections, surgical-site infections, gastroenteritis, meningitis, and pneumonia. The symptoms of HAIs include discharge from a wound, cough, shortness of breath, fever, painful or difficult urination, headache, nausea, vomiting, and diarrhea. HAIs can be diagnosed by blood and urine tests to identify the causative organism. Signs and symptoms observed by the doctor are also useful in the detection of HAIs, especially in situations where the patient may be sedated or otherwise unable to communicate.

These infections can be due to exposure to various bacteria, viruses, and fungi in the hospital environment. HAI-causing micro-organisms include but are not limited to Staphylococcus aureus (including methicillin-resistant Staphylococcus aureus, or MRSA), Escherichia coli, Enterococcus, and Candida species. These micro-organisms then invade the host body, where they cause an infection. In hospitals, HAIs may be spread from person to person through unwashed hands; unsterilized or poorly sterilized medical instruments such as catheters, respiratory machines, and other hospital tools; and the presence of bacterial or fungal colonies in hospital drains and water systems.

One might ask why these particular micro-organisms become resistant to medicines in facilities where the infections they cause are meant to be treated. Imagine that a patient was admitted due to an organ transplant surgery and, after a successful procedure, he suddenly fell sick and diagnosis revealed that he was suffering from candidiasis. An invasive fungal infection like this can lead to unnecessary complications from surgery and, eventually, loss of life if not properly treated.

One of the reasons why these infections are rampant and resistant to treatment is due to the excessive or improper use of broad-spectrum antibiotics. When antimicrobials are used without diagnosis and prescription, there is a significant tendency for the microbes to mutate and evolve into stronger organisms that can cause life-threatening diseases. For instance, inappropriate prescribing and inadequate infection control in hospital areas that care for newborn babies can lead to an increased risk of life-threatening bacteremia in infants due to Gram-negative bacteria, S. aureus, and Group B Streptococcus.

It is said that prevention is better than cure. Hence, HAIs can be prevented and curtailed by the implementation of infection control protocols to reduce transmission. Hand hygiene is a very effective and simple practice that should be encouraged. I had the opportunity to volunteer at a hospital laboratory and, on the first day, I noticed that one of the medical personnel carried a specimen sample without wearing latex gloves. I imagined what could happen if whatever microbe was in the sample was mistakenly transferred to him: we could have had another casualty apart from the patient. Therefore, the use of personal protective equipment is absolutely necessary and is a vital tool in the prevention of HAIs. Frequent cleaning of surfaces and proper ventilation of rooms are also measures that curb the spread of HAIs.

There is a clear and growing link between HAIs and AMR. In recent years, it has been observed that AMR has eaten deep into the health sector. The antimicrobial well is quickly drying up and we need not only to further research and analysis on the creation of new antimicrobials but to also curb practices that encourage the multiplication and transmission of resistant microbes. For instance, MRSA (methicillin-resistant Staphylococcus aureus), which is a major cause of HAI in healthcare facilities and hospitals, is resistant to certain antibiotics and if care is not taken, it can mutate into an even more lethal strain due to inappropriate practices, leading to an increased length of hospital stay (which increases the risk of getting another HAI) and higher healthcare costs. Although HAIs can be complicated and dangerous infections, an ounce of prevention in these cases—infection control, handwashing, and appropriate use of antimicrobials—is clearly worth a pound of cure.