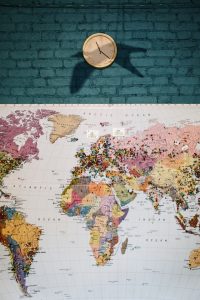 Developed vs. Developing Nations: Factors Contributing to the Difference in Antimicrobial Resistant Mortality and Morbidity

Antimicrobial resistance (AMR) is steering towards becoming an irreversible worldwide crisis in developing nations. The World Health Organization (WHO) declared it one of the top ten health threats facing humanity (WHO, 2020). Worldwide antimicrobial-resistant infections result in a minimum of 700,000 deaths each year (NICE, 2018), highlighting the crisis that we are in. Why do we not perceive antimicrobial resistance as the most pressing global crisis?

Factors contributing to the difference in mortality and morbidity between developing and developed nations include differing education levels, antibiotic quality, agricultural regulations, and healthcare investment.

The use of antimicrobial drugs is excessive in society. Although developed nations have more antibiotics available, there is also higher antibiotic quality control. Such an intervention comes coupled with wide-spread investment in health insurance, more controlled access, improved antibiotic use regulations in industries like agriculture and pharmaceuticals, and increased resources and research tools to study AMR.

In developing countries, we see antimicrobial resistance as a more persistent and life-threatening problem. By 2030 antimicrobial resistance could force up to 24 million people into poverty (WHO, 2019). Patients often cannot afford to go to the doctors to be appropriately diagnosed, opting for the cheaper antibiotics from over the counter. Many individuals in low-income countries do not subscribe to a health insurance plan, such as Indonesia, where 86% of people did not have a health insurance plan ( Abdulah , 2012) and therefore, have to pay a large sum of money at each doctor’s visit.  As such, many people cannot afford the entire antibiotic treatment or do not see the importance of this. The result of which drives the problem of AMR.

In developing countries, 44-97% of antibiotics are prescribed in hospitals and are often unnecessary (Abdulah, 2012). The lack of appropriate resources in hospitals forces medical staff to use antibiotics to place suitable treatments, consequently overusing antibiotics. As a result, resistance to the available antibiotics develops, resulting in untreatable diseases and many deaths.

The Danger of Self Medication

However, the scenario is quite different in more developed countries. Majority of the population is well-educated thus most people know not to use antibiotics for anything other than bacterial infections. Moreover, doctors press on the importance of finishing the entire antibiotic course.

A study conducted by the University of Peradeniya in Sri Lanka in 2012 stated that of 250 individuals surveyed, 78.8% self-medicated (Gunawardhana et al., 2015). While in developed nations, uneducated individuals do not have this access to antibiotics without a medical diagnosis and prescription from a doctor, making the abuse of antibiotics less rampant.

Differences in agricultural regulations impact morbidity and mortality between developed and developing nations. Antibiotics are overused continuously and misused within the agricultural field, where 80% of all antibiotics are exploited (Martin, Thottathil, and Newman, 2015). Although antibiotic abuse happens worldwide, it happens more often in developing nations due to a lack of regulations.

Regulations put a limit on antibiotic use. More welfare laws for animals used within the industry in developed countries cause fewer diseases to develop and spread within animal populations, reducing antibiotics’ need. Overuse also occurs in agriculture as antibiotics find use as growth promoters and prophylactics. More effective regulations control the extent of this type of use. With reduced regulation of food items in developing countries, antimicrobial-resistant diseases can be passed along the food chain to humans more easily.

There is a significant difference in the quality control of antibiotics. Fewer regulations in drug industries in developing countries mean that antibiotics could be counterfeit, expired, or have deficient levels of therapeutic compounds. With low doses of the drug, individuals would fail to fight the bacterial disease. Microbial exposure to low levels of antibiotics for a long time favors the emergence of AMR, leading to increased mortality and morbidity.

In 2018 the World Health Organization estimated that 1 in 10 medical products in low- and middle-income countries was substandard or falsified (WHO, 2018). The need to provide drugs for more impoverished citizens who cannot afford the expensive high-quality medicines drives the production of low-quality antibiotics. Counterfeit antibiotics cause devastation to health care systems, eroding patients’ confidence in the treatments they receive. The regulations in high-income countries significantly reduce the frequency of these malpractices occurring.

Increased access to education about the theory of AMR could significantly impact the development of this menace. Understanding why resistance develops will improve the patient-doctor relationship, acknowledging why medical staff would deny an antibiotic prescription. Fewer people would self-medicate with antibiotics if they could notice symptoms that are not associated with bacterial infections. However, there needs to be significant changes at the government level, reduced access to antibiotics over the counter, stricter monitoring of antibiotics’ quality, more regulations, and laws controlling misuse in the agricultural industry. Increased access to resources for hospitals is required to reduce the overuse of antibiotics in medical settings. These measures would reduce the emergence of antimicrobial resistance and minimize healthcare systems’ burden in developing countries.

Davey, P., Pagliari, C., Hayes, A., 2002. The patient’s role in the spread and control of bacterial resistance to antibiotics. Clinical Microbiology and Infection, 8 (2), p.45.

10 thoughts on “Developed vs. Developing Nations: Factors Contributing to the Difference in Antimicrobial Resistant Mortality and Morbidity”