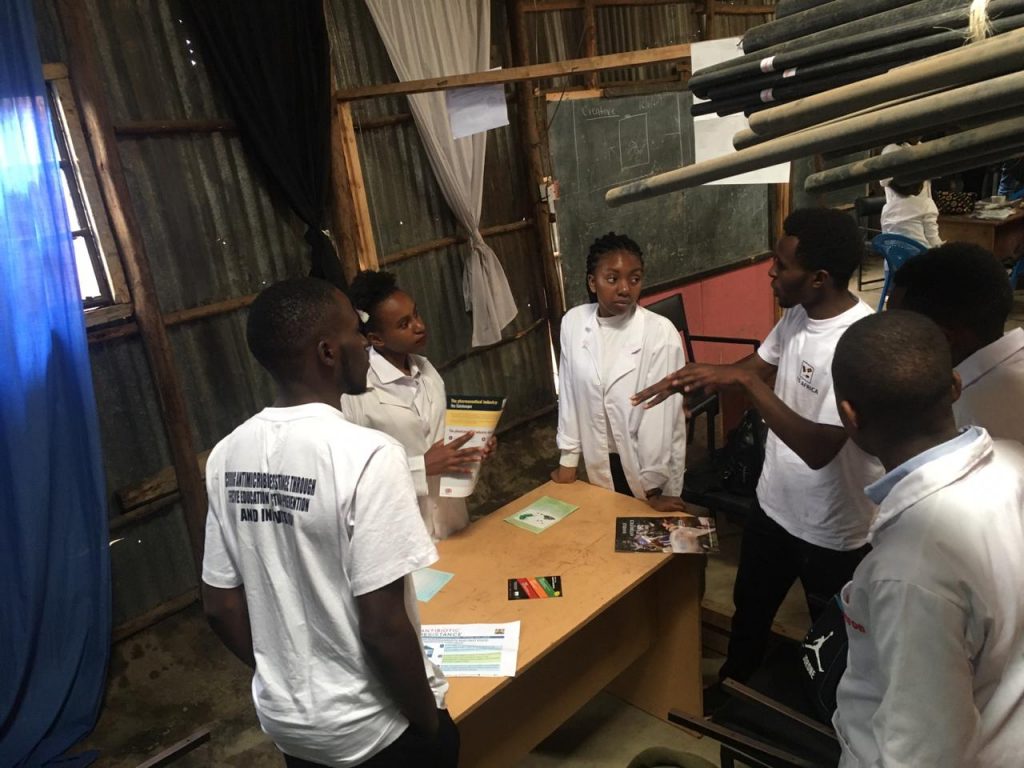 Availing Primary Health Care to the Residents of Mathare Slums: A Collaborative Initiative By SAS Africa and AISEC Club, JKUAT

One of the arms of SAS Africa is a Community Engagement program which targets urban informal settlements within Africa. The program’s aim is to institute positive behavior change in Antimicrobial use among the community members as well as establishing cost-effective sanitation programs to reduce the high disease transmission rate in these settlements.

Mathare is an urban informal settlement located within Nairobi County. The slum has population of more than 500, 000 people majority living in Mathare Valley. The medical camp took place in Mathare North, Area 2 at Chistolum Embroidery School from 0900hrs to 1600hrs on 30th November, 2019. The medical camp targeted people living near Mathare market.

The objectives of the medical camp were:

The main scope of SAS Africa in the camp was:

In most informal settlements, children bear the heaviest brunt of poor sanitation. They are predisposed to many infections due to their underdeveloped immune systems and their high level of activity. Mathare North slum consists of shanties that are heavily congested. Lack of public playing grounds and congested household compounds leaves the roads as the next suitable option for playing. Besides the high risk of accidents, the roads are also adjacent to raw sewage which predisposes the children to high levels of contamination. The high rates of infection and poor drug compliance has led to high antimicrobial resistance rates among these children. We therefore took up the noble initiative of educating the children on hand hygiene.

The training took place in one of the classrooms within the embroidery school. The training was interactive and easier for the children to comprehend. The facilitators were: Mr. Stanley Nandasaba, Mr. Daniel Waruingi and Ms. Irene

Among the key issues tackled were:

Ms. Irene begun the session by educating the children on hygiene. It was an interactive session where the children gave different suggestions on the concept of hygiene. Ms. Irene went on further and highlighted importance of maintaining hygiene. She touched on the correlation between poor hygiene and common infections such as diarrhea, respiratory-tract infections among other gastrointestinal diseases.

Mr. Nandasaba took over during the hand-washing phase. He cited the 5 key instances when children should wash their hands to be:

Mr. Nandasaba modified the hand washing steps due to the water shortage in the area customizing it to one that would suit the children and easier for them to remember. Live demonstrations using water and soap were carried out. Each child was taught how to hand wash individually. Innovative ways of storing water such as modifying a jerry can to a small tank were also illustrated.

Mr. Waruingi came in last and recapped on what the children had been taught. A small quiz was given and the students were awarded with presents. Donations on multivitamins were also given to the children’s parents for consumption by the children to boost their immunity.

SAS Africa also had a desk next to the pharmacy outlet. After being issued with the prescribed drugs, the patients were directed to the SAS Africa desk. They were educated on the basic concepts of Antimicrobial resistance; definition, causes, prevalence and basic methods of curbing it.

The patients were quizzed on drug compliance. The following data was obtained:

The data was collected for further analysis and review.

The camp was a success. About 400 people were successfully served. The residentwere educated on ways to help curb antimicrobial resistance using simple comprehensible concepts. This was a key illustration of community service. 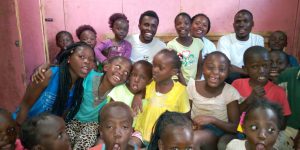